Lights and their frequencies can obstruct the performance in your overhead garage!

In the last couple of decades LED lights have flooded the way we we use energy and light. We began replacing traditional incandescent lightbulbs with LEDs because they’re more energy efficient and typically last longer.

So, why not replace them everywhere, even the garage?

At A & H Garage Doors in Johnson, the way your garage door operates on a day-to-day basis matters to us. If you’ve experienced unexplained issues with your overhead garage opening and closing, LEDs could be the culprit — learn why!

You love LEDs — they’re saving you money on your monthly utilities and they last forever. We understand why everyone is swapping out old incandescents for LEDs. But what role do they play in how your overhead garage door operates? Let’s explore a little more on LEDs below.

Light is light, right?! Just one steady and constant stream? Wrong! Well, at least in the case of LEDs. Instead of one solid stream of light, LEDs create a flashing light pulsing 15 times every second, which is known as pulse-width modulation. And while the naked eye can’t see this pulsing light, it lies on a frequency between 30 MHz and 300 MHz. 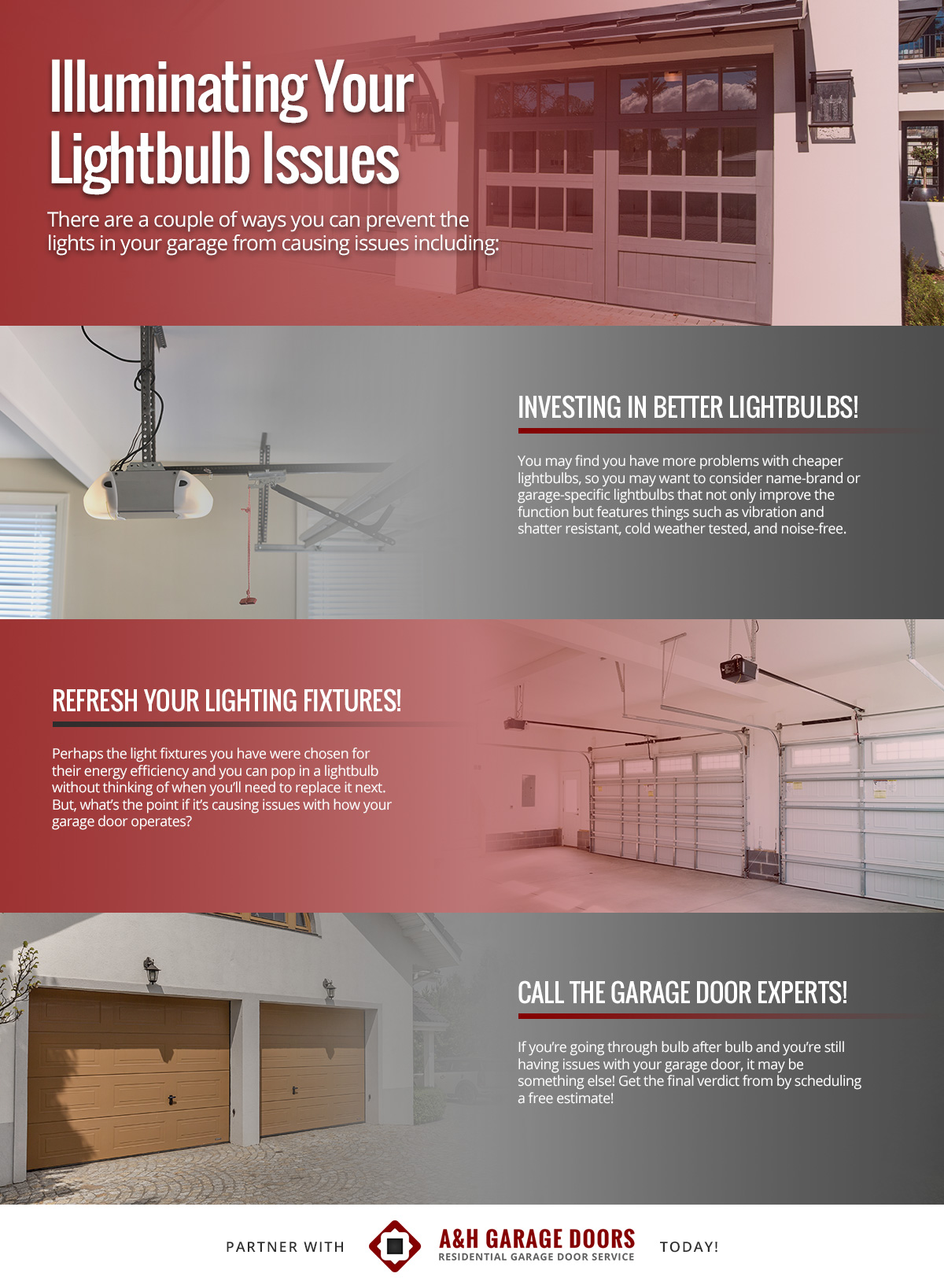 CFLs And How Your Garage Door Operates

If you’re having issues and you’ve ruled out LED lighting, CLF lightbulbs could also be causing you trouble! If you’re using an old model of a CFL, it has been known to reduce the operating range of your overhead garage door transmitter. What does this mean? It means decreased garage door performance.

Shedding Light On The Issue

How do you solve these lightbulb issues? If your garage door is struggling in performance try swapping out the lightbulbs that are causing you problems with more specific lightbulbs geared towards the garage and outdoor use such as a rough service work light.

Even before that, it’s crucial to identify the problem. Take a holiday light display. If it’s not lighting up not only could it be because of one burnt out bulb, but it could also be the outlet they’re plugged into or a frayed cable that was chewed by your friendly neighborhood squirrel last season.

The takeaway: It could be a whole host of things, so identify the cause before you go swapping out perfectly good lightbulbs.

In the convenience of an overhead garage door when it stops functioning, we panic. And, we often go into the worst-case scenario of needing a new garage door or major garage door repair. While this can be the case — and we’re here to support you in every way — the issue may be just as simple as replacing a few light bulbs!

For more information on the garage door services we offer in Johnson, connect with us today! 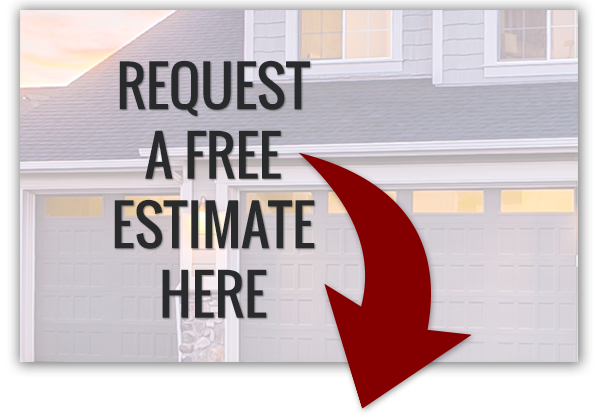